Now that the Royal Wedding is out of the way, my thoughts turn to the month of May. Those of us obsessed about a certain sport have a lot of exciting season-end issues to think about. Well, at least those of us that support a particular team, today’s result not withstanding.

May is also the beginning of a (sometimes) historically challenging month for equity markets, with the infamous British phrase, “Sell in May and go away, come back on St. Legers Day” familiar to some of you. Historically, looking back at the post World War 2 environment, if you had only invested in the major Western markets from November 1st until April 30th, and avoided equities from May 1st until October 31st, you would have considerably enhanced your returns. This was true in the US, Canada, Japan and most of Europe, not just the UK.

Those of us that have been around a long time are occasionally sensitive to bouts of superstition. So, even though I tend to find the glass more half full than empty, I find myself wondering if there is anything that could happen this month that can trip up the rally.

If you look at the period more closely, the 1960’s and 1970’s were the worst decades, with as many negative periods as positive ones in each of those two decades. The past two decades were less negative. Indeed, if you study the 2000-2009 period, all three of the large negative May-October periods were identifiable with clear macro causes (e.g., the 2001-2002 technology bubble and subsequent recession and the 2008 global credit crisis.) Moreover, in two of the three circumstances of negative May to October periods, the previous November to April were negative also.

It is also worth pointing out another dominant through time. Typically, the 3rd year of a Presidential term of office has been a year when May- October returns have been positive. So in fact, while there is no denial of the historical facts, it also seems pretty explainable in terms of macro economic circumstances. Therefore, in my view, it is best to watch the most useful coincident and lead indicators. In other words, focus on the fundamentals.

So what could go wrong?

No doubt influenced by the price of their A share market, I found myself worrying somewhat about China this week. Before any of you get over excited, this is against the background of me thinking that a “happy slowdown” was in the process of being achieved in China. I entered this year strongly of the opinion that Chinese policymakers would be planning for a period of softer overall GDP growth, in which “quality” was more important than “quantity”. In this environment, less dependence on exports and investment would go hand in hand with more domestic, private consumption. In addition, I believed that there would be greater policy focus on the environment and efficient use of energy. These expectations were confirmed with the release of their latest 5-year plan a couple of months ago, and were symbolized by the citing of a 7 pct “target” for the next 5 years.

Amongst the challenges to making this critical shift is the need to keep inflation under control. This is partly due to global circumstances, but also because of China’s own remarkably strong growth. Today, inflation is higher than policymakers’ desire and need to help facilitate this adjustment.

A month ago, it seemed to me that most published data was starting to show signs of a slowing economy and a possible peaking in the commodity-related inflation pressures. Certainly, key lead and coincident indicators suggested to me that this was likely. Both the GS China Financial Conditions Index (FCI) and the GS China Economic Lead Indicator have suggested slower growth ahead for some time. The last batch of monthly data, however, published nearly two weeks ago suggests that growth has not apparently slowed that much and CPI inflation rose to 5.4pct, with fears of more increases to follow. Linked to this, as I discussed last week, it appears as though policymakers are searching for additional ways to tighten monetary policy further, including allowing a faster pace of RMB appreciation.

All of this seemed perfectly sensible to me. However, this past week, the China A share market suddenly gave up half its rally year-to-date suggesting something is upsetting local confidence. I hope this is temporary. If I simply look at reliable indicators that have served me well in the past, I find myself slightly worrying that China runs some risk of slowing things too much. I am sure my concerns will turn out to be temporary. Certainly today’s April PMI release showing some softening in both activity and import prices are a renewed turn for the better.

Moving on from the China-specific issues to thinking about potential problems elsewhere. Of course, any further loss in the momentum of global recovery would be interesting. Today’s Korean export data came through stronger than expected suggesting that global trade continues to improve. The publishing of the monthly PMI and ISM surveys around the world this week will be as important as every month. However, some softening wouldn’t be overly troubling, as we have risen so much in recent months, and any softening would simply add to the inclination of most Western monetary policymakers to be extremely slow in tightening monetary policy, if at all, and certainly in the US.

What would concern me more would be evidence of continued creeping inflation and inflation expectations. In this regard, stronger ISM and PMI surveys might be slightly more challenging than softer ones, especially if they were to lead to more companies thinking they have pricing power. This past Thursday, I hosted an internal “CIO call” with most of the CIO’s of our various investment teams at GSAM. Some of those involved in managing equity investments reported anecdotes of companies raising prices. If this were to spread, then policymakers in the US and elsewhere wouldn’t find it quite so easy to remain as docile as they have been. In this regard, watching for any signs of this trend spreading is also likely to be important, possibly more so than the monthly PMI and ISM surveys. My own suspicion is that if commodity prices were to ease, then such anecdotes would quickly follow.

Ultimately, it seems to me that the global equity rally will end when policymakers decide they have to tighten monetary policy considerably. This may happen in a May or a November, but it looks to me as though it isn’t likely to be this May, or perhaps this November either. In this regard, developments in China both directly and indirectly might be more relevant than many perceive. We shall see.

Meanwhile, I shall turn my attention to the other highly exciting issues of May... 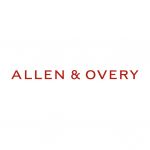